Skip to content
Loading...
USNMix Report: Mi CC9 Pro with Penta camera setup will be launched today,
will get big screen.
China’s Smartphone maker Xiaomi is about to launch the Mi CC9 Pro, a five-camera phone today. People can get big display and strong processor in this phone. At the same time, earlier the company had launched CC9 and CC9E in the Chinese Smartphone market. If sources are to be believed, the company will support the stock Android operating platform in this phone. On the other hand, many teasers were released even before the CC9 Pro, which saw the look and design of this device.
Mi TV 5 and Smartphone will be launched
In addition to the CC9 Pro, Xiaomi will also present the Mi TV 5 and Smart Watch. In China, this launching program will begin at 2 pm (11.30 pm Indian time). At the same time, people will be able to see this event on the company’s official site and page. 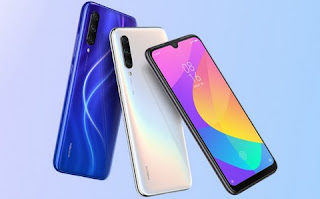 The company can offer features such as HDR10 Plus, NTSC, four unit Dolby speakers and DTS audio format in Mi TV5. On the other hand, smart watch will get support of E-SIM, so that the Internet can be easily accessed. Apart from this, the company will support GPS, Wi-Fi, jumbo batteries and speakers in the smart watch.
Possible specifications of CC9 Pro
According to the report, the CC9 Pro will get a 6.47-inch Full HD Plus display, which will have a resolution of 1080×2340 pixels. Also, Snapdragon 730G chipset can be given for better performance. Apart from this, users will be supported with 12 GB RAM and 256 GB internal storage.
Camera and connectivity
Talking about the camera, the company will give the Penta camera setup in this phone, which is equipped with a 108-megapixel primary sensor, a 5-megapixel image sensor, a 12-megapixel portrait camera, a 20-megapixel ultra-wide angle and a 2-megapixel macro. At the same time, users will be able to click better selfies with a 32 megapixel camera. In terms of connectivity, the company will give features like GPS, 4G VoLTE, Wi-Fi and USB port to this phone. There will also be support for 5,260 mAh battery.