Skip to content
Loading...
USNMix Report: Xiaomi Mi Note 10 will be launched in India soon,
users will get 108 megapixel camera.
China’s Smartphone maker Xiaomi is set to launch both variants of the latest Smartphone Mi Note 10 in India soon. Users will get 108 megapixel camera, big display and strong processor in this phone. The company introduced the Mi Note 10 and CC9 Pro at the global level a few weeks ago.
Since then, there was a discussion about the launch of these devices in India. If sources are to be believed, the company will soon launch the Mi Note 10 series in the Indian market. At the moment, Xiaomi has not yet shared official information about the launch and price of this series in India.
Mi Note 10 Price
According to the report, Xiaomi will launch this phone in the new year. Also, the price of both RAM variants of this phone can be kept between 40,000 to 52,000 rupees. At the same time, the company priced 549 Euros (Rs 43,200) for the variant with 6 GB RAM + 128 GB internal storage of this phone and 649 Euros (Rs 51,000) for the variant with Note 10 Pro’s 8 GB RAM + 256 GB internal storage. 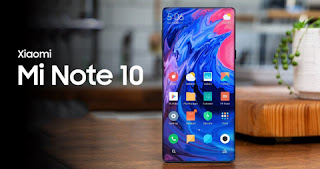 The company has given a 6.47 inch curved full HD display in both these phones, which has a resolution of 1080×2340 pixels. Also, for better performance, phones in this series have received the Octa-core Qualcomm Snapdragon 730G chipset. At the same time, both phones will work on Android 9 Pie operating system.
Mi Note 10 and Note 10 Pro camera
Talking about the camera, the Penta camera setup has been given in the Note 10 and 10 Pro, which includes a 108-megapixel primary sensor, a 20-megapixel wide-angle lens, a 12-megapixel short telephoto lens, a five-megapixel telephoto lens, and a two-megapixel macro camera. is. At the same time, users will be able to click a brilliant selfie with a 32 megapixel front camera.
Mi Note 10 and Note 10 Pro’s battery and connectivity
In terms of connectivity, the company has given features like Dual Nano SIM, 4G VoLTE, GPS, Wi-Fi, Bluetooth 5.0 and 3.5mm headphone jack in both phones. In addition, users will get 5,260 mAh battery in this phone, which will be equipped with 30 Watt fast charging feature.

Airtel develops Wifi hotspot areas at 500 locations across the country

Student of the Year 2: Movie review