Xiaomi Mi Notebook will be launched in India, Know Price and Specifications

Mi fans, you have seen the packaging. Here’s a glimpse of the #MiNoteBook.

There is a lot more about the design of this flagship, high-end device.

Possible specifications of Mi Notebook
According to leaked reports that surfaced, users can get 8 GB RAM support with 10th gen Intel Core processor in this upcoming laptop. With this, the company can offer a 14-inch HD display in this device. Apart from this, a strong battery can be given in this laptop, which will give 12 hours of battery backup to the users. However, other features of the Mi Notebook are not yet known. 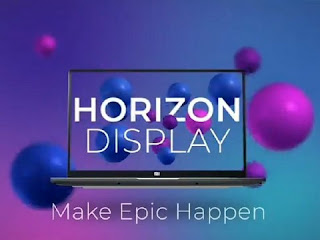 Potential price of mi notebook
According to media reports, the company will keep the price of this laptop in the mid-premium range. However, the real price and specification of the Mi Notebook will be known only after the launching program.
Xiaomi Redmi Book 14
Xiaomi launched the Redmi Book 14 laptop last year. Talking about the features, this laptop has the support of NVIDIA MX250 graphic card and 10th gen Intel Core processor. Apart from this, users have got a strong battery with 14-inch display in this laptop, which provides 10 hours of battery backup to the users. At the same time, this laptop weighs 1.5 kg.