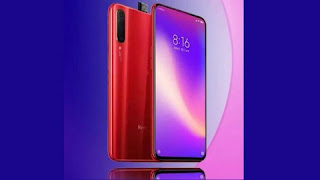 According to teaser posted on Weibo, ‘Redmi K20’ will be launched in Beijing on May 28 at 2 pm (according to Indian time at 11.30 in the morning). Smartphone has a 48 megapixel “Sony IMX 586” primary camera sensor. The smartphone can have three rear cameras and a pop-up selfie camera. Prior to the launch, the company has told about the many features of the ‘Redmi K20’.
Redmi’s General Manager Lu Wei Bing recently confirmed that ‘Redmi K20’ will be the cheapest device with Snapdragon 855 processor. Meanwhile, it is rumored that Xiaomi can launch its two variants, which can have a normal ‘Redmi K20’ and another ‘Pro’ variants. According to another report, ‘Redmi K20’ Pro will come in India under the name ‘Poco F2’.