Aug 18, 2019
Loading...
USNMix Report: Doing this search on Google,
this woman suffered a huge, empty account in seconds.
Nowadays, if you want to know about anything, then it has become our common habit to google. If you want to see an address, if you want to see the path… even customer care numbers now search on Google. But hardly you know that this habit of yours can outweigh you. Yes, something similar happened to a woman in Bangalore. You will also be shocked to read what happened to this woman. In fact, fake customer care numbers are present in large quantity on Google these days. When you call these numbers that come after the search, the fraudsters trap you and loot everything from your pocket.
This is how women from Bangalore became victims
When you call on the number of fake customer care coming on Google, the fraudsters take the information related to your account. Recently, a woman in Bangalore called at Zomato’s fake call center to know whether her refund came or not, and the entire balance from her account was emptied in seconds. This woman dialed by searching the number of Zomato call center on Google. Here he requested for his refund and the fraudster asked for information about his bank account. Shortly thereafter, the balance in his account became empty. 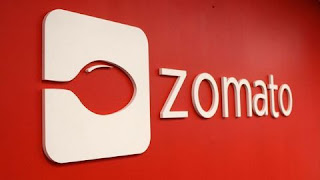 Customer care number not found on Zomato app
According to the news published in the Economic Times, when the woman searched the customer care number on the Zomato app, she could not find any number. After this, she searched the number of the call center on Google, then she got the fake number. Dialed this number to get her a refund. The fraudster who put the number on Google made her a victim of fraud. A complaint related to fake call center has been lodged with the police on behalf of food delivery app Zomato.
Many similar cases have also come before this. In these cases also, by becoming a fake customer care worker, the attacker asks the customers for their banking details and later makes them a victim of fraud. A similar issue had also come up with the EPFO office. In this case, the fraudulent changed the contact details of the EPFO office in Mumbai on Google search. When people called on that number, the fraudulent licked the callers by asking for their personal details from them.